Abbey Road, the best tribute show to The Beatles in Vic 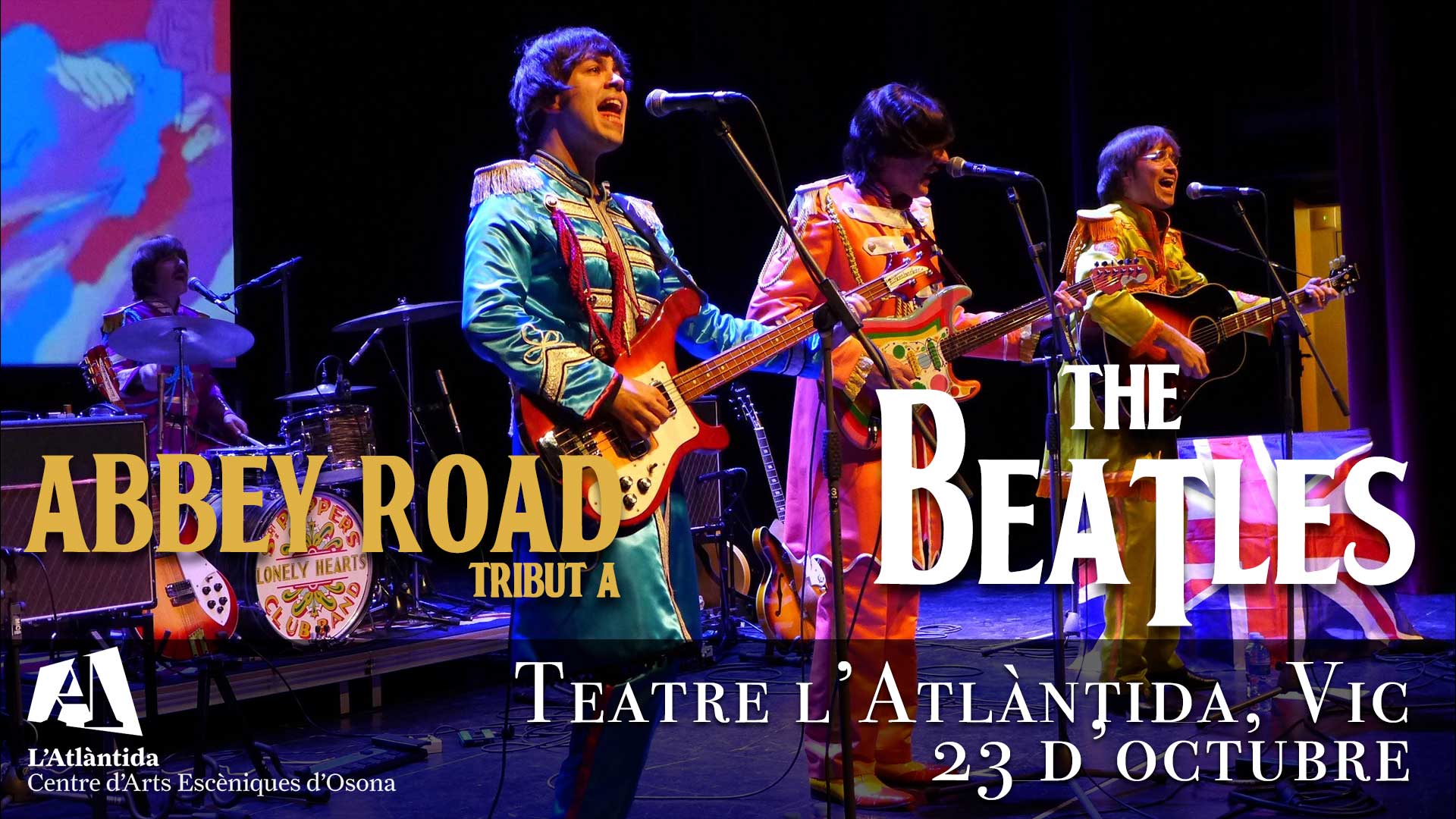 “The Beatles Show” arribes at L’Atlàntida from Vic, a show 100% Beatles unique in Europe.

During their 30-year career, Abbey Road have performed more than 2000 concerts on four continents, including 3 concerts in Miami and one in Tunisia under the same scenery where the Star Wars movie was filmed. They have been considered by Moho magazine as the fifth best tribute band in the world and the first non-English speaker in the Beatles universe.

Songs like Love Me Do, She Loves You, I Want To Hold Your Hand, Help!, Yesterday, Penny Lane, Hey Jude, Let It Be and many others are part of a show for all ages, where the audience can sing and dance the songs that are already universal and part of the musical imaginary of every music lover.

Do not miss it!