Please U2 in Girona

Discovered by the music journalist Jordi Tardà, they are Official Tribute Band since 1999, selected by the original band’s own record company to promote the albums Hits 90-2000 (2002) and How To Dismantle An Atomic Bomb (2004) through tours of the best halls in the country in the absence of the Irish.
Nowadays, the programs of the most influential Festivals (Arts D’Estiu Pineda de Mar-Santa Susana, CruÏlla, Guitar Bcn) as well as the fashion venues (Barts, Apolo, Luz de Gas, etc.)

Pioneers of the tribute movement along with Abbey Road and Smoking Stones, they are the benchmark U2 show in our country. Now with a spectacular visual montage that will remind you of the great tours of the most important Irish band in rock history. A tribute made with the heart that manages to impact and excite the most skeptical public, thanks to an imposing staging, impeccable musicians and anthems that are the flagship of several generations. 20 years of career as a sufficient guarantee of success.

A Life dedicated to U2. 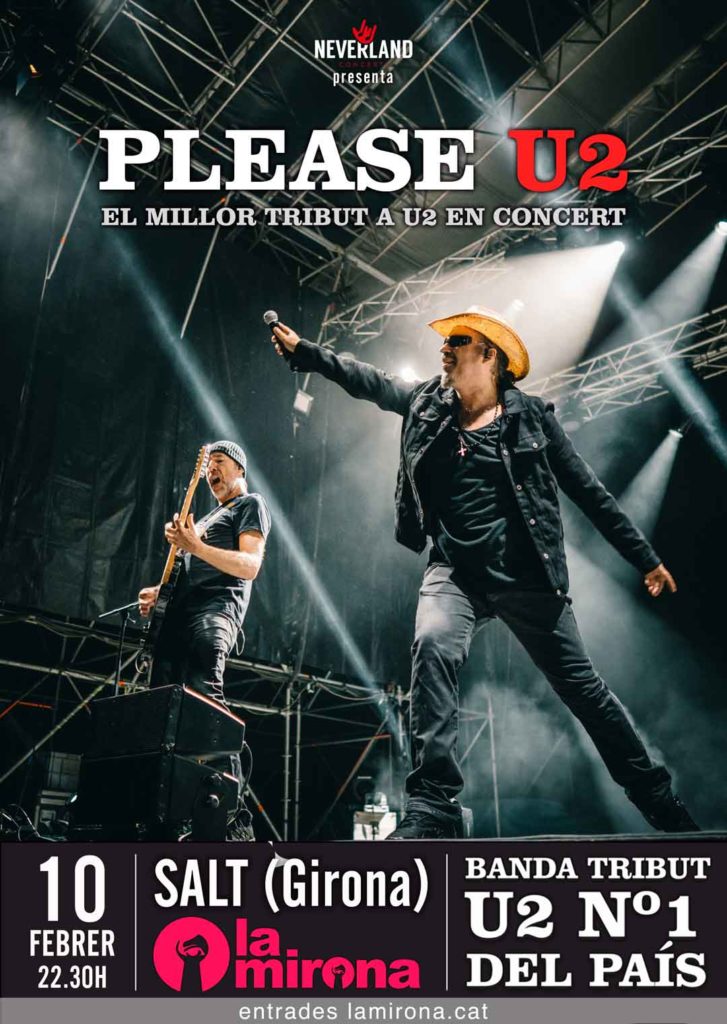