The Genesis tribute that is having great success in all Europe!

The Watch announce the “SECONDS OUT European tour 2022/23” celebrating the iconic 1977 Genesis live album and more from Genesis first albums selected to bring you back in time to early seventies!

Incredibly intense performances of early GENESIS classics from 1970-1976 await you: the best from Genesis first albums (including ‘76 Trick of the Tail) selected to bring you back in time to early seventies! Just close your eyes and it’s like being at 70s Genesis concert!
This is not a cold reproduction or imitation, but the very special atmosphere of a live concert, celebrated with the same dedication and energy as back then.
No other tribute band succeeds in recreating the musical adventurousness and high voltage of GENESIS in their pioneering days.
The dramatic Gabriel-esque voice of the singer of THE WATCH and the band’s absolute mastery of all instruments make for a very special time travel you should not miss!

STEVE HACKETT (Lead guitarist of GENESIS): “THE WATCH is a band of very talented musicians and I can highly recommend them.”

PAUL WHITEHEAD (cover designer of GENESIS): “This is the band that reminds me most of the Genesis magic!”

UK Prog Newsletter: “What is unique is the voice – so similar to that of the young Peter Gabriel.”

ECHO-News UK: “This is like a time machine for those who used to like to go to concerts in the seventies and want to feel exactly the same atmosphere nowadays.” 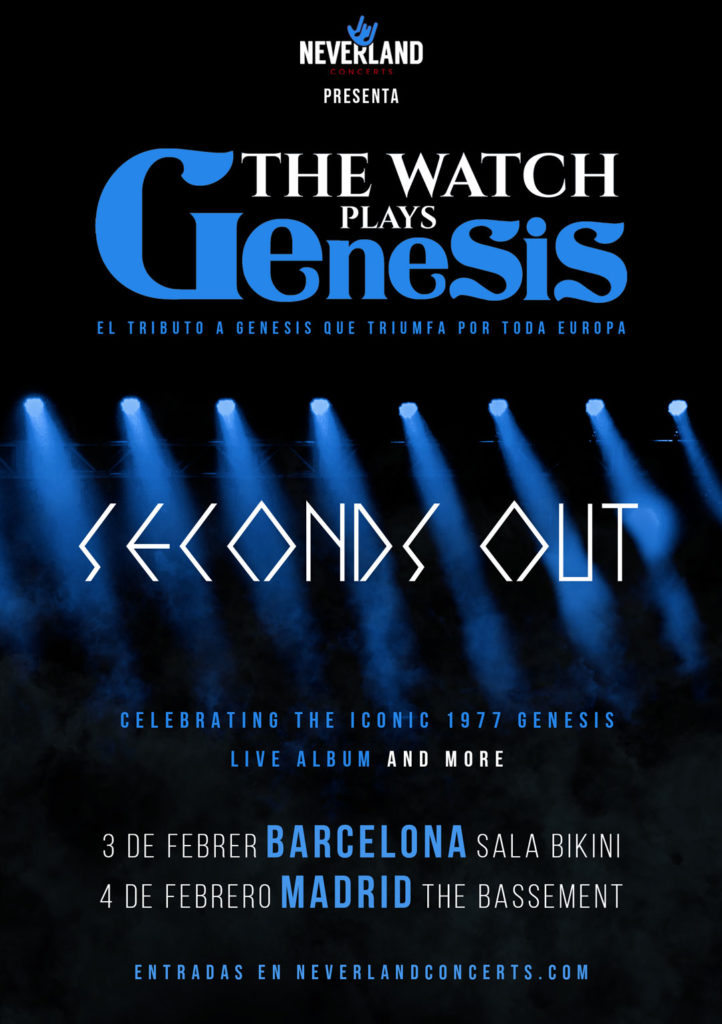