The Logical Group, the best tribute to Supertramp in Valencia 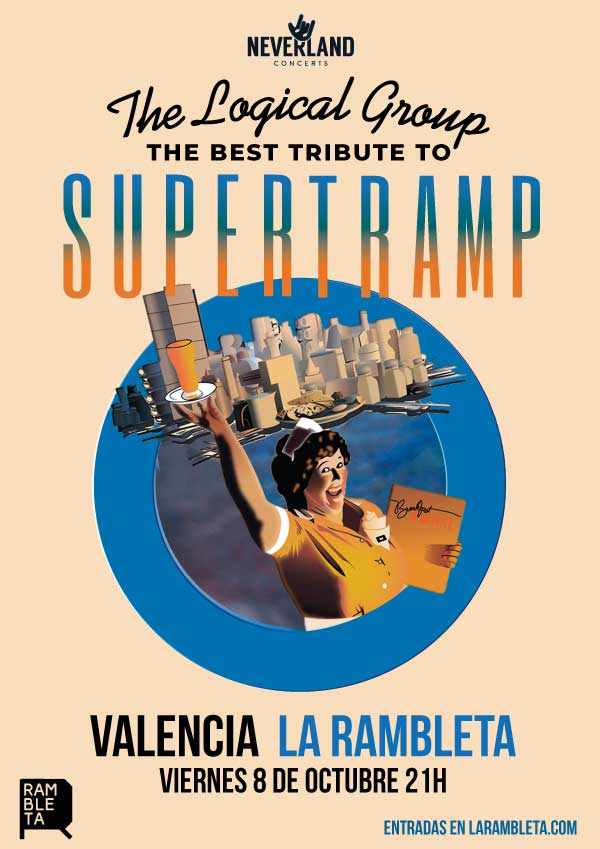 The Logical Group is undoubtedly the best Supertramp tribute group and has been paying homage to the legendary British band’s heyday for over 17 years, performing practically their entire repertoire live. During all these years of career he has been evolving until achieving an incredible fidelity to the original sound, and an elegant and fantastic staging, supporting his concerts with spectacular video projections. Each performance is a recreation of the legendary band during his time with Roger Hodgson. The magic is breathed in the environment with five musicians, just like the authentic Supertramp 1973-1983.

To commemorate the 40th anniversary of the publication of the legendary album Breakfast In America, the group offers us a very special concert in which they will review the great successes of the album that consecrated the band worldwide and spent 6 weeks as number one on the Billboard. Obviously, the great classics of Supertramp’s golden age will not be lacking either, which are part of the collective imagination of every music lover.