IQ in concert in Barcelona

IQ is a cult band, a reference in the progressive rock of the 80’s and 90’s. Their last visit to Spain was in 2014 in Barcelona where they presented the acclaimed album The Road Of Bones.

After his last visit in 2024, IQ returns to Spain this time to Barcelona and Madrid, to present his new album Resistance also acclaimed by critics and fans. The band is composed by Peter Nicholls (vocals), Michael Holmes (guitar), Paul Cook (drums), Neil Durant (keyboards) and Tim Esau (bass).

IQ is th eprog show of the year! 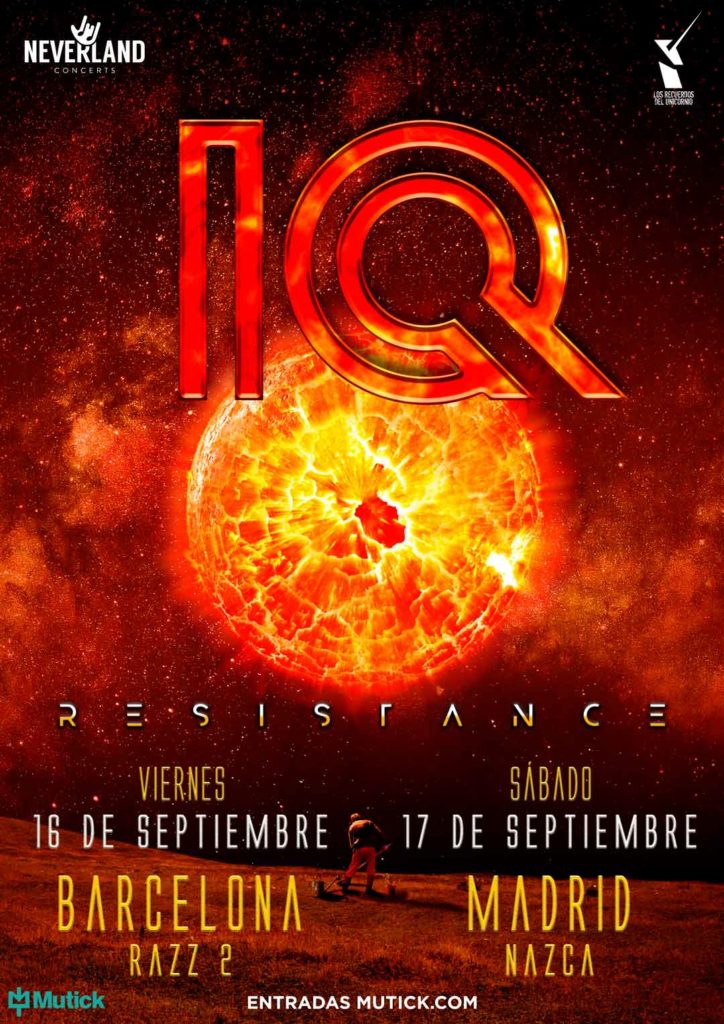