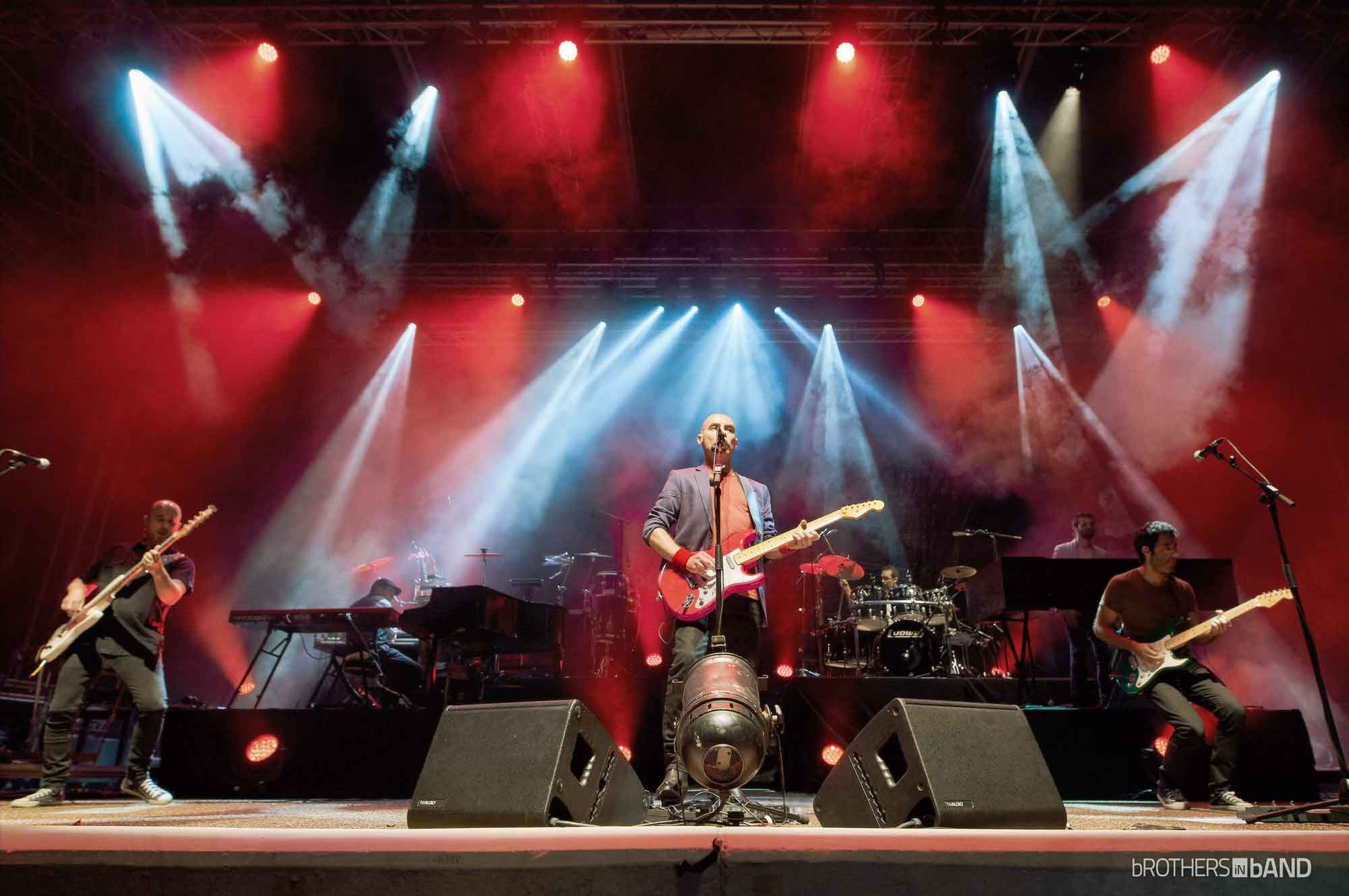 “They were playing Why Aye Man and I have to admit that I thought it was our recording.”

bROTHERS iN bAND has toured Germany, France, Portugal, Luxembourg and Spain with the show «The Very Best of dIRE sTRAITS», transporting us in their particular time machine through a selected, careful and wide repertoire that already belongs to the collective memory of several generations, being recognized at European level by the public as one of the best tribute shows to dIRE sTRAITS today.

bROTHERS iN bAND recreates and relives in this show the different stages and formations of the defunct band founded by Mark Knopfler, David Knopfler, John Illsley and Pick Withers, with a set list that spans from the beginning in 1977 until its dissolution in the early 1990s. 90’s.

In “The Very Best of dIRE sTRAITS”, bROTHERS IN BAND reviews the highlights of the British band in a show that will revive from the clean and crystalline sound of Down to the Waterline, the anthological Money For Nothing, through classics such as Sultans of Swing, Telegraph Road, Romeo & Juliet, Tunnel of Love or Lady Writer, and revisiting jewels like News, Why Worry, One World, It Never Rains and many others.

If the guitar and voice of Mark Knopfler have been fundamental in dIRE sTRAITS the same happens with Angelo Fumarola. His voice, his expressiveness and his spectacular way of playing the guitar show us the Mark Knopfler of a bygone era that will never return, the one who led us by the hand with melodies that already belong to the collective memory, the one who left us astonished with the speed of his hands and his very personal way of playing the guitar.

No less important is the band that accompanies Angelo Fumarola, a group of renowned top-level musicians who perform and recreate the extensive repertoire of dIRE straits with extreme fidelity and at the highest level.