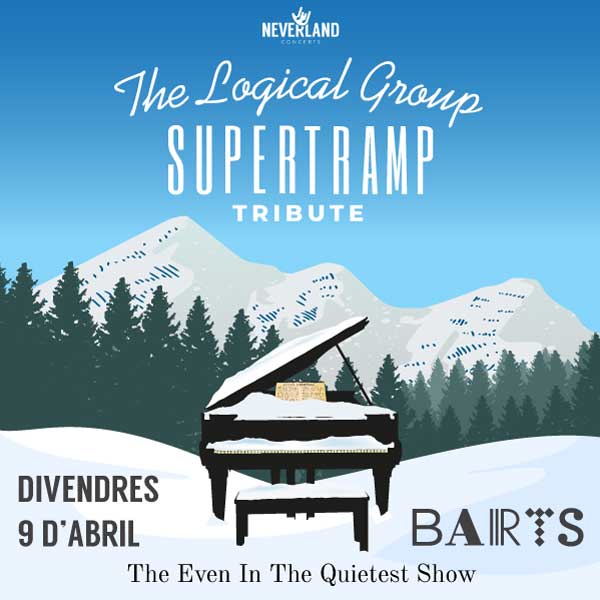 After the success of its first concert at BARTS, with all tickets sold out, last January 2020, on Friday April 9 The Logical Group returns to offer a unique show where it will perform in its entirety one of the favorite albums of Supertramp fans , the “Even In The Quietest Moments”. And the second part of the concert will be, of course, full of great successes and some other surprise that will surely make the most loyal fans happy.

The Logical Group is undoubtedly the best Supertramp tribute group and has been paying homage to the legendary British band’s heyday for over 17 years, performing practically their entire repertoire live. During all these years of career he has evolved to achieve an incredible fidelity to the original sound, and an elegant and fantastic staging, supporting his concerts with spectacular video projections. Each performance is a recreation of the legendary band during his time with Roger Hodgson. The magic is breathed in the environment with five musicians, just like the authentic Supertramp 1973-1983.